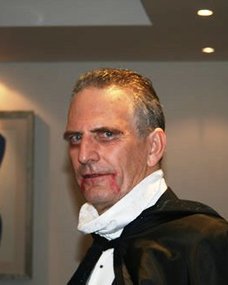 Chas Bidmead (aka Clifton Cowboy) born at the tail end of the war and grew up on a diet of Biggles and Braddock VC, if any of you remember him, which lead to me leaving school at 17, taking the Queen’s shilling and joining Her Majesty’s finest, the Royal Air Force.

After basic training I was posted to RAF Abingdon and trained as para-dispatcher then, in true military fashion, they posted me to the Britannia fleet as an AQM (now Loadmaster) on 511 squadron. Lots of fun and travel, all at HM’s expense, with limited exposure to conflict but lots of stays in comfy 4 and 5 star hotels.

After the air force, spent a few years with a small airline at Stansted carrying anything no one else would, such as livestock, police horses and baby elephants. After the airline went bust, tried a few things including mobile crane operator, forklift driver and steelfixer.

Finally settled on selling IT systems and spatial data management until retiring to France in 2012.

Favourite song….. many but go for Won’t Get Fooled Again by the Who