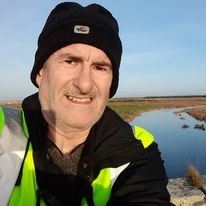 I am ex RAF having served a total of 9 years, as an Armourer at Honington and then as a Radio Operator Voice, serving in RAF Gatow and Digby.

I am from RAF stock, my father served for many years as a Fireman.

I have had a variety of jobs since leaving the forces, mainly in the Civil Service, including Dept for Work and Pensions and Ministry of Defence.

I left the UK to travel the Far East in 2009 and landed a job with the Foreign Office as a Consular Officer.

I returned to the UK in 2015 and have retired to Scotland.

I have a dog called Max.

I have an eclectic taste in music but Pink Floyd’s ‘Wish You Were Here’ has been the soundtrack to my adult life.