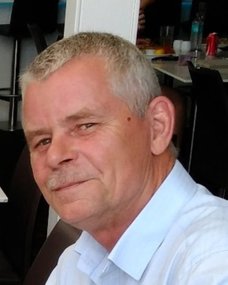 A born and bred Yorkshireman, Pete moved to Australia three years after he demobbed from 12 years in the Royal Army Ordnance Corps.

Pete is passionate about music, his family and a lifelong love of woodwork, carpentry and wood crafts.  An avid sportsman in his prime, Pete has often propped up the bar in many sporting venues, from the old Wembley Stadium to the Sydney Cricket Ground and many venues in between!

Due to the immense time difference, Pete's shows are essentially every early midweek mornings, with the occasional Saturday specials from 7am till noon!

Pete's musical tastes take us on a magical mystery tour from the roaring forties to the year 2000 on most shows, but he is especially fond of the sixties and eighties.

Favourite track?    The studio version of Fleetwood Mac's 'Need Your Love So Bad'