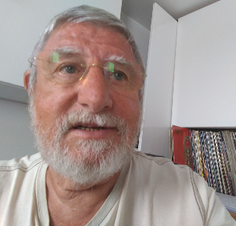 He has been presenting shows on Piran Radio, an internet site which covers Bude north Cornwall.

He likes most styles of music and has a passion for promoting new artists, as well as old vinyl tracks.

He still loves to go to music festivals and see live artists, having seen Pink Floyd around eight times as well as tribute acts.

He also likes musical such as Les Miserables. Back in March he went on the RAF Gan Reunion and has plans to return in 2026 for the 50th anniversary of its closing.